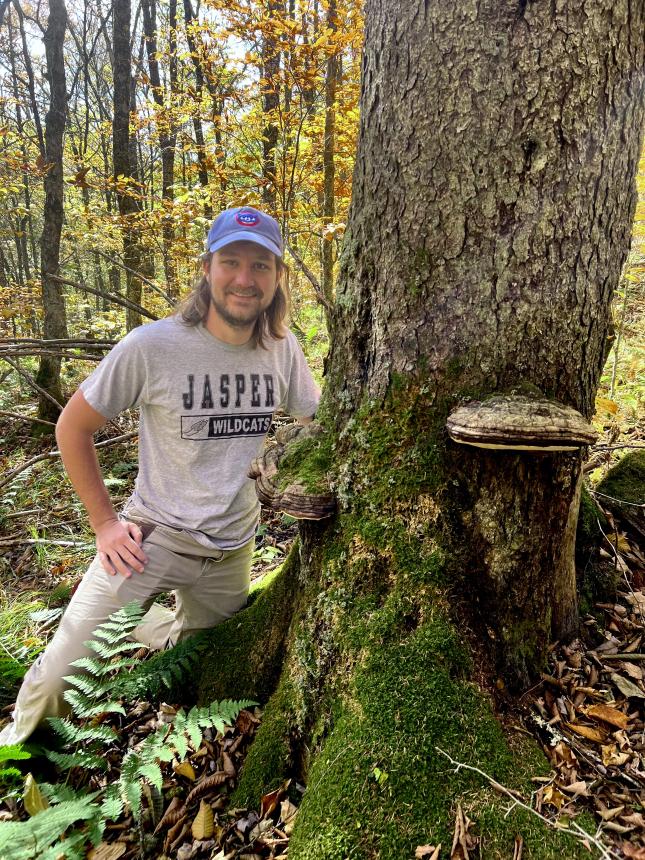 The recipient of the 2022-2023 Joshua Laerm Academic Support Award for Graduate Students is Clayton Traylor. Clayton conducts doctoral research under the direction of Dr. Joseph McHugh, Department of Entomology. He will use Laerm funds to pursue genetic study of the phylogeographic history of the flightless Eastern Ironclad Beetle (Phellopsis obcordata). This fungus-feeding beetle requires a stable montane boreal forest habitat and dead wood. Because it is a poor disperser, it may be a marker for the expansion of boreal forests during the last glacial maximum ca. 20,000 years ago. Clayton will test whether the beetle’s range expanded south into the Piedmont during the last glacial maximum and if there was gene flow between populations on either side of the French Broad River. The beetle’s range subsequently contracted into the mountains where it is found today. Clayton will extract DNA from curated species as part of his study and deposit voucher specimens with the University of Georgia Collection of Arthropods.

We appreciate your financial support. Your gift is important to us and helps support critical opportunities for students and faculty alike, including lectures, travel support, and any number of educational events that augment the classroom experience.

Every dollar given has a direct impact upon our students and faculty.